Back to The Big Cats
Thanks to all those who have produced the photos or art work on this page.  If your work is displayed without a link to your site, please send me the link and your photo can become a link. 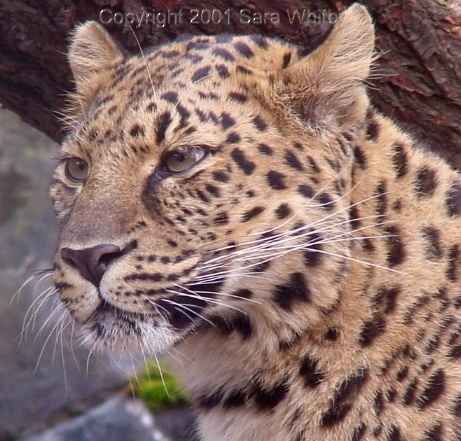 All about the "Amur Leopard".

Unlike the leopards that live in tropical areas, the Amur Leopards, just like the Snow Leopards must endure freezing temperatures and therefore have longer coats than their cousins from warmer climes.

Once more common in eastern Siberia; these animals are now restricted to a small area in south eastern Siberia just south of Vladivostok, and they are hemmed in by China and North Korea.  It is thought by some that possibly a few Amur leopards may still be found in China.

These few remaining Siberian (Amur) leopards are now under serious threat by an oil pipeline that is about to be built from central Siberia to the Sea of Japan.  Sadly their survival is already rather tenuous; if a pipeline comes close to their only home they will be shot out or just pushed out with nowhere to go.

The surviving Siberian (Amur) Tigers are now also under threat by this same proposed pipeline.  Are there no sacred places left on earth for the big cats?  There has to be an alternative rout for this pipeline.

As we slowly destroy the world, is money really that important?  The super rich people will find it hard to eat money; though perhaps they can eat the last of those rare animals while they sit in their casinos and gamble their wealth.  That way they can show us how rich they are; and also they can show us how much they don�t really care. 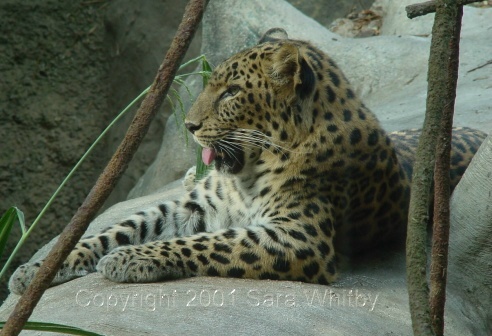