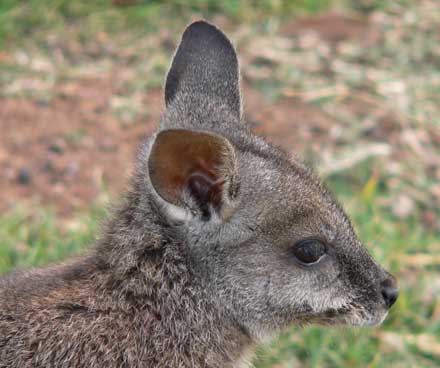 
Leadbeater�s possums are in trouble

Leadbeater�s possums cannot live in new growth forest because those trees have not yet developed the hollows that these possums need to survive  So, after an Old Growth Mountain Ash forest has been logged, Leadbeater�s possums may not be able to return for up to a 100 years.

If there is no old growth forest close to a re-growth area then even after a hundred years, the new forest is not likely to ever see a Leadbeater�s possum.

There are still some people that will tell you that we don�t need old forest because re-growth areas are juicier for the animals to eat; they call this nonsense 'new sun re-growth'.  There are also some idiots that say that if we don�t chop down all the old forests, they will die; isn�t it strange that they have lasted this long just waiting for us to chop them down to save them.

The problem with many �new sun re-growth areas� is that the Leadbeater�s possums have already died out because any that survived the logging were left out in the cold and froze to death during the winter; they could not wait a hundred years for a new house (a hollow to call home).

In 2003 the remaining population of Leadbeater�s possums was estimated to be about 500 animals.  The early decline of these animals was because of very heavy logging and bushfires.  In modern times the new forestry practice of clear felling for woodchips has been a disaster for most fauna. 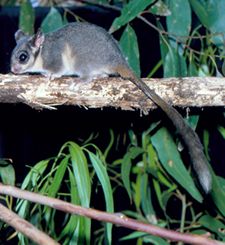 We nearly lost the Leadbeater�s possum because nobody ever cared about protecting broad contiguous corridors of old forest for them to move between different areas; which would have also maintained broadly based gene pools of them and other creatures as well.  Now the gene pool for the survival of the Leadbeater�s possum is very narrow which is not good for their survival in the long term.

An example of a dangerously narrow gene pool is that of the Cheetah and Amur Leopard which is genetically in big trouble.  And, genetic engineering will not help the cheetah because the gene pool that exists is all there is.

The only way to secure the survival of the cheetah is to have as many isolated populations as possible.  If that can be maintained for another hundred thousand to a million years or so then the gene pool may slowly start to broaden again; though they will never regain their former glory.  Modern humans were not responsible for the genetic plight of the cheetah; though we can help to secure their survival.

Clear felling for woodchips did not get going properly until the 1970s, but now the practice is ferocious and relentless; and of course bushfires have taken their toll as well; i believe that foxes and cats are responsible for many of the great bushfires in Australia.

If you are concerned about the Leadbeater�s possums ask the Premier of Victoria and your Prime Minister what they are doing to stop the clear felling of what is left of our old growth forests.

Quolls � The Dasyurids.
It looks like the cane toad will wipe out the Northern Quoll on the mainland � see Sensible Pets for Australia and The Cane Toad.

Bilbies.
Bilbies are members of the ground-dwelling marsupials called bandicoots.
The bilby is the largest bandicoot.

The Northern Hairy-nosed is perhaps the rarest large burrowing mammal in the world.  There are approximately 100 left and in their case cattle are a problem as they are hemmed in by the moo cows.

Western Australian Mammal Species.
The following 10 sites are a great overview of the mammals that can be found in West Australia, many of these creatures can also be found in other states.
Other Marsupial sites worth looking at.