Forestry & Wetlands
If Australia does not adopt best forestry practices our children will thank us for nothing.
Home 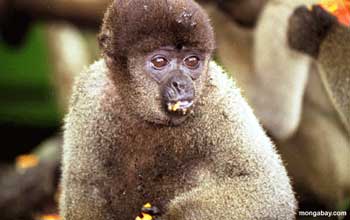 If a foreign power tried to do this to our forests, we would be on a war footing to - protect our country!  So who are the quislings who have sold us out for a quick buck?

This same destruction has been happening on the east coast of Australia at the hands of people like Harris Daishowa.  In West Australia a bloke by the name of Mr Bunnings was responsible for the same kind of destruction.  Yes he was the one who started the hardware chain called Bunnings; he funded that from the money he made from our forests.

Mr Bunnings was turning the ancient Jarrah and Karri forests into woodchip, this was aggressively supported by Mr Wilson Tuckey the Ex Minister for Forests and the West Australian Department for Conservation called CALM.

There are enough plantation forests now in Australia to support all our forestry needs without needing to destroy what is left of our irreplaceable gene pools.  What these people are doing is damaging as much old forest as they can so as they can then say - �now this area is not worth saving� they will then have it given to them by their mates in government for their own plantations.

If a politician does not understand the value of a broadly based gene pool, then that person is no better than a drunkard in charge of a school bus.

There are some strange people that say that if we don�t chop down our ancient forests soon then they will all die out.  So we should allow in the woodchip companies to clear fell our forests to save them.

That kind of logic would suggest that because we did not have woodchip companies clear felling our forests in the past then our native forests should have become extinct thousands of years ago.  Hmmm strange indeed that they were hanging on and waiting for Gunns of Tasmania and Harris Daishowa to chop them all down to save them from dying out.

What they are actually doing is getting as much cut down as soon as possible so as they can then say that �this area is not now worth saving for its genetic library� so they will then own it.  If anyone does not want to believe this, then bad luck because this is what is happening.

There are some that say that by destroying our remnant old growth forests, they are only developing our resources.  Have such people ever considered the difference between a broadly based and a narrowly based gene pool?  Or do they even care?

See Collin�s Pine for good forestry practices in the USA.  Perhaps those destructive people at Gunns in Tasmania could take a leaf out of the book of sustainable practices of �Collins in the US�, regarding responsible forestry.

Here is a letter from The Business Journal about the forestry practices of Collins - www.collinswood.com

If feral animals came to Australia and began clear felling and wood chipping what is left of our native forests, what would we do to those feral animals?  Every person that i have asked has made a very serious suggestion as to what we would have to do with them.

If Martians came to earth and started to clear fell our forests and poison our rivers and oceans and contaminate our crops with genetically engineered and patented pollen: see pages one and two, we would be on a war footing; and those who sold us out to the Martians would be charged with treason.

Well this is happening to our planet right this minute and Martians are not responsible; those that are responsible live here on planet earth and have the gall to call themselves civilised.  We must all be part of the solution and consider our children�s future, because if we are not, then we are part of the problem.

If an "expert" tells you not to be concerned about our dwindling forests and they fail to consider the following: -


Once a gene pool has been narrowed, it has been narrowed forever; that is a biological fact and it has nothing to do with employment or how much money you are making.  As our Keystone species are lost and our Vavilov Centers are contaminated and our gene pools are narrowed, the world is a poorer place forevermore and the options for our children�s future have been narrowed with them.

Every tonne of paper recycled, saves 12 trees.  It saves over 2 barrels of oil, 4000 kWh of electricity, 4 cubic metres of landfill and over 30,000 litres of water. 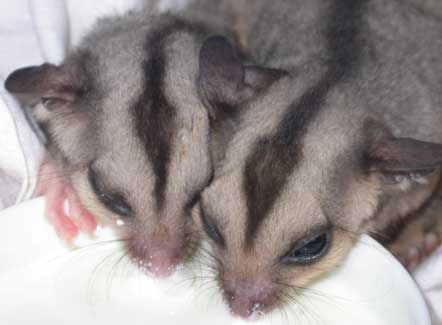 Millions of animals lose their homes when we clear-fell their forests.

What about Victoria's State Animal - The Leadbeater's Possum?

Destruction of the Queensland's Brigalow forests for cattle.

If you are concerned about the Brigalow forests ask the Premier of Queensland and your Prime Minister what they are doing to stop the destruction of what is left of these old forests.  You could ask them, whether or not they think that the moo cows are more important than these ancient gene pools?

Others worth a look.